2 Archival description results for Allenby, BC 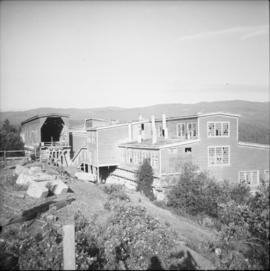 Photo depict a disused concentrator of the Granby Mining Company Ltd. Located 5 miles southwest of Princeton and 8 miles east of Copper Mountain ore workings, which are also largely disused. The building of the concentrator commenced in 1917 and the first ore was reduced in October, 1920. Ore cars from workings via the CPR spur entered the snow shed that is visible on the left. Rail track was lifted in 1957. 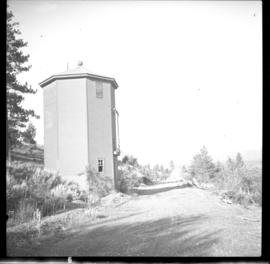 Photograph depicts a former CPR grade of Copper Mountain. A spur at an Allenby concentrator was located on mile 5.6 from Princeton. Ore was first hauled on the track in October, 1920 as grading commeced in April, 1918. Track appeared to be in position, but little was it used unil 1956/1957, but then it was lifted.