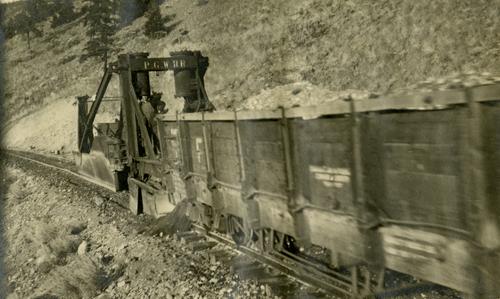 Photograph depicts an early model Jordan Spreader used in the construction of the Pacific Great Eastern Railway. A railway worker is standing on the spreader. The stencil on equipment states "P.G.W.R.R.". The flora suggests that this photograph may have been taken somewhere in the Lillooet/Clinton area.