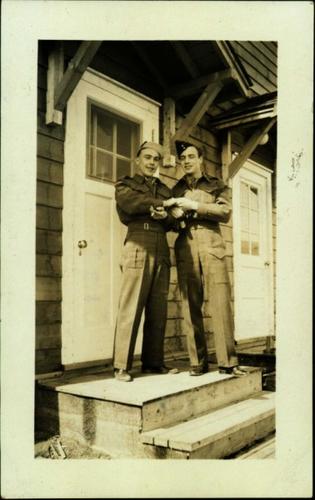 Two Men in Uniform Going Out for the Evening at Fort St. John

Handwritten photo album caption below this photo reads: “Going Out for the Evening.” Photograph depicts unidentified man from item 2006.20.12.18, arms linked and hands clasped with a second unidentified man. Both are dressed in uniform and standing on steps in front of doorway. Building speculated to be barracks at Fort St. John.