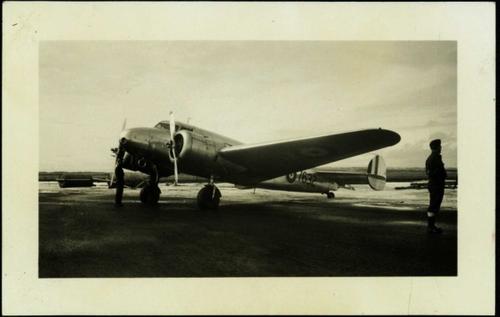 Photograph depicts two men (one in uniform) standing in an airstrip under the nose of a military plane with the number "7632" on its side. A third man stands in uniform on far right, and a building can be seen in distance behind him on the flat horizon. Handwritten photo album caption below this photo reads: "MAJESTIC '32'." It is believed this photograph was taken at the military base in Whitehorse, YT.

Stamped annotation in blue ink on recto of photograph: "29".