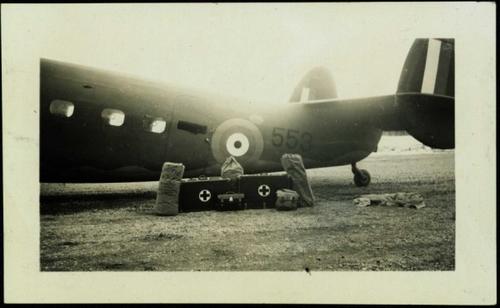 Photograph depicts a military plane with the number "553" on its side. Medical equipment, and various other supplies are laid on ground in front of plane. Handwritten photo album caption below this photo reads: "351 lbs of Equipment."

Stamped annotation in blue ink on recto of photograph: "137" (the 7 hase been circled with pencil).