? Notes found in his small notebook

File contains correspondence, tributes, letters, news clippings regarding HGT Perry death. also a news clipping re history of PG, A letter to the Editor – written by H.G. Perry, and re: Anne Perry 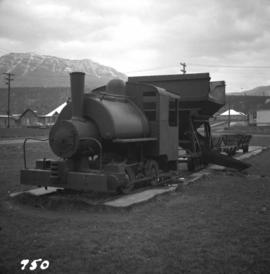 Photograph depicts a 0-4-0 porter saddle tank located in a public park in Fernie. It has a 4' 8 1/2" gauge and 170lbs of pressure. It was probably used with the car behind it to feed the 70 coke ovens situated just above Fernie, on the south side of the C.P.R. tracks. The three trams to the rear are 3' gauge. 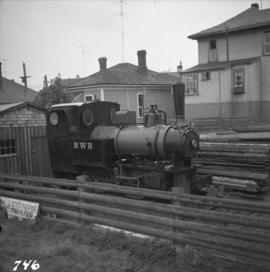 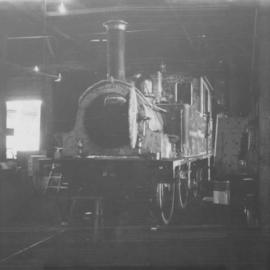 Photograph depicts the 0-4-4 "Dunrobin" locomotive in the B.C. Electric Railway locomotive shed in New Westminster. The front buffer beam has been removed, exposing 2 inside cylinders 13x18". Total weight = 25 1/4 tons. Working pressure = 150 lb./sq. inch. Coupled wheels= 4'6" diameter, bogie wheels = 2'6". It was built by Sharp, Stewart, & Co. Ltd. in 1895 at Atlas Works, Glasgow and formerly owned by the Duke of Sutherland. It was steamed for the first time in B.C. on Tuesday, 19th April 1966, and probably for the first time in 2 years. 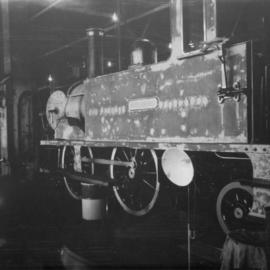 Photograph depicts a 0-4-4 "Dunrobin" locomotive built by Sharp, Stewart, & Co. Ltd. in 1895 at Atlas Works, Glasgow and formerly owned by the Duke of Sutherland. It was taken inside the B.C. Electric Railway locomotive shed at New Westminster where it was receiving a check-over for steam running and a paint job. The cover to steam dome has been removed. 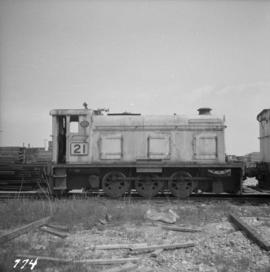 Photograph depicts a 0-6-0 diesel switcher locomotive, built by Hudswell Clarke & Co. in Leeds in 1949. It still bears the number when owned by Samuel Williams of Dagenham, Essex, U.K. It is located at the Pacific Coast Bulk Terminals on the North Shore, and 1 mile east of Lions Gate Bridge. 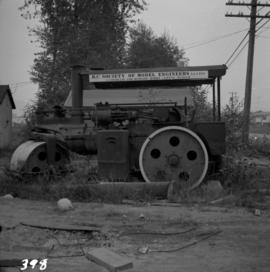 File consists of photographs of the 10,000th book to be catalogued at UNBC Library 1993. Includes images of Pat Appavoo. 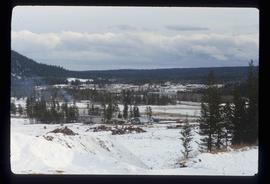 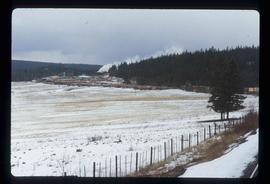 Image depicts what appears to be a sawmill at 100 Mile House, B.C. 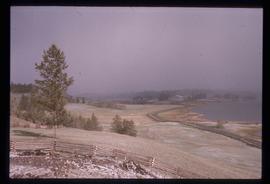 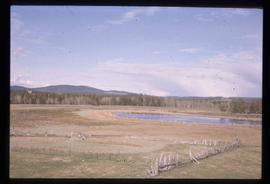 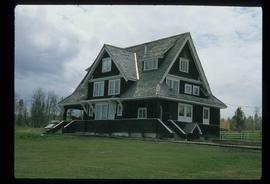 Image depicts the Watson Mansion at the 108 Mile Ranch. It burned down due to a chimney fire in 1983. 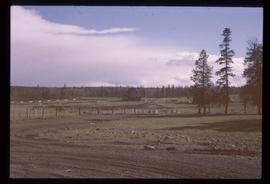 Image depicts the Watson Mansion in 108 Mile Ranch, B.C. It burned down in 1983 as the result of a chimney fire. 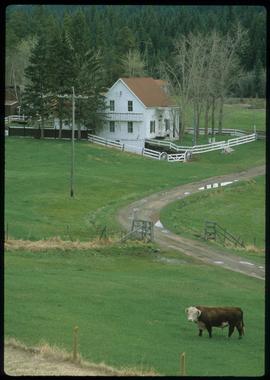 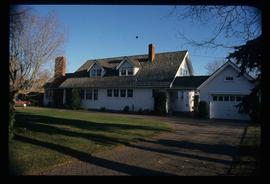 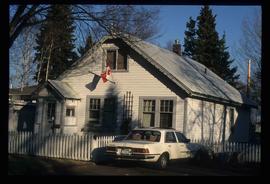