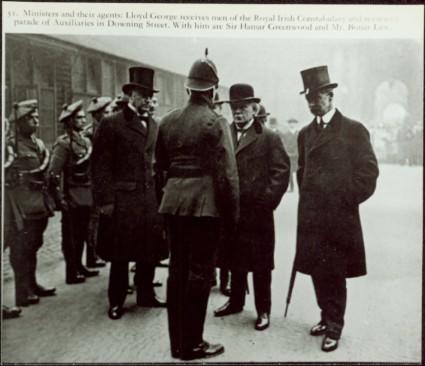 Photograph depicts five men in top hats and overcoats greeting several men in military uniform. Typed annotation on recto of photograph states: "Ministers and their agents: Lloyd George receives men of the Royal Irish Constabulary and reviews a parade of Auxiliaries in Downing Street. With him are Sir Hamar Greenwood and Mr. Bonar Law."