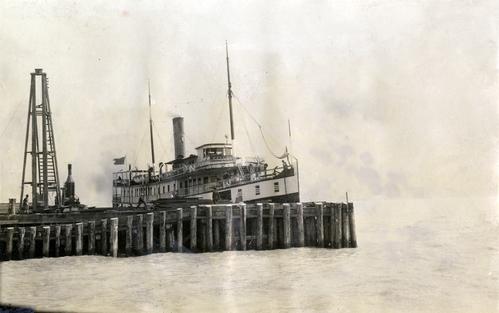 Nota sobre as publicações do editor

Photograph depicts the "MV Ballena" docked at a wharf. The Ballena was a passenger ferry built in 1892 by the Albion Iron Works Company of Victoria and originally named the Joan. This ship was sold to the Terminal Steam Navigation Company in 1914 and renamed the Ballena. It was later acquired by the Union Steamship Company in 1920 but burned at the Union dock in November of that year.