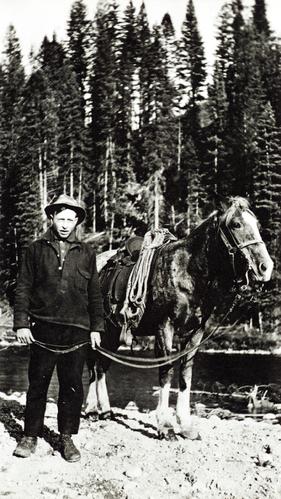 Item is a photograph of a copy print, resulting in a low quality photographic reproduction. Reproduced as a print, slide, and a negative. Location of original photograph is unknown.

Photograph is digitized and available in TIFF and JPG formats. Select the thumbnail image above to see a high resolution digital reproduction of the photograph.