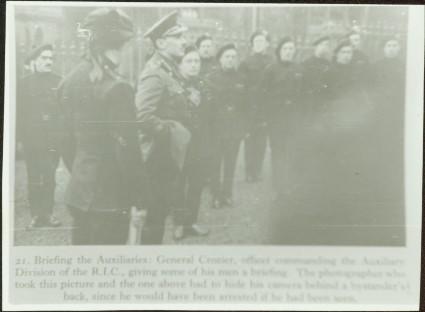 Text on recto of photograph reads: "Briefing the Auxiliaries: General Crozier, officer commanding the Auxiliary Division of the R.I.C. giving some of his men a briefing. The photographer who took this picture and the one above had to hide his camera behind a bystander’s back since her would have been arrested if he had been seen.”