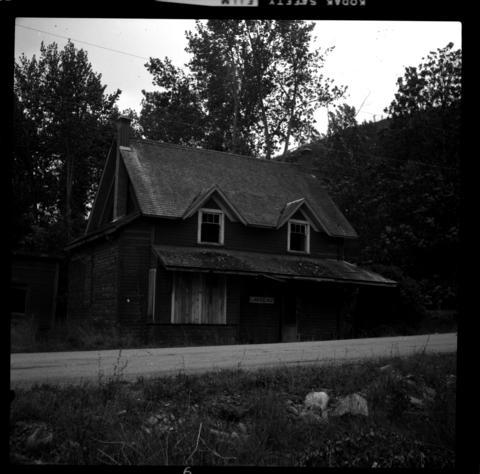 Photograph depicts Lardeau's former depot - Gerrard Railway (CPR) and agents office at the CPR ferry ship in Lardeau. It was last used as such around 1966/67. In the weeds of the foreground, is a disused grain spur which connects to the trackage of the wharf. Rails on this spur are dated 1905.

Personal or academic use of materials is welcomed under the standard fair use and educational use clauses of Canadian Copyright Law. Commercial use is, however, forbidden without the express permission of the copyright holder. For information on obtaining written permission from the copyright holder, please contact the Northern BC Archives and Special Collections.