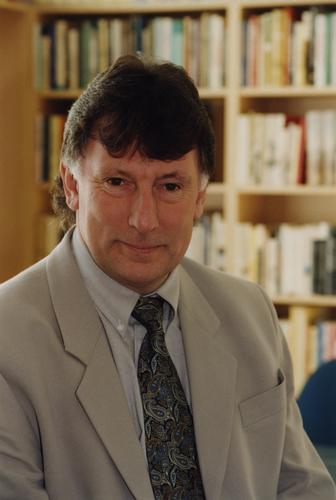 Fisher joined Simon Fraser University as Assistant Professor in 1974 and gained the rank of Associate Professor in 1977 and Full Professor in 1983. During the nearly twenty years that Dr. Fisher was at Simon Fraser, he taught and published in British Columbia history. He authored his first and seminal book on native relations in British Columbia, "Contact and Conflict: Indian-European Relations in British Columbia, 1774-1890" in 1977, which was based on his PhD dissertation. This book was the winner of the John A. Macdonald prize of the Canadian Historical Association in 1977, "judged to have made the most significant contribution to an understanding of the Canadian past". He co-edited "An Account of a Voyage to the North West Coast of America in 1785 and 1786 by Alexander Walker" (1982). In 1991 he published a biography of a provincial premier entitled "Duff Pattullo of British Columbia". Apart from the work of a faculty member, while still at SFU Dr. Fisher organized two major international conferences on the European exploration of the Pacific Ocean and the Northwest Coast of North America. The first, on James Cook in 1978, led to the publication of "Captain James Cook and His Times" (1979) while the second, on George Vancouver in 1992, led to the publication of "From Maps and Metaphors: the Pacific World of George Vancouver". Both of these works were co-edited by Hugh Johnston. While at SFU, Dr. Fisher was also involved in the national historical profession. He was a member of the council of the Canadian Historical Association from 1981-1984 and first chair of the editorial board and then co-editor of the "Canadian Historical Review" between 1982 and 1987. He was also a member of the Social Sciences and Humanities Research Council (SSHRC) adjudication committee for research grants in History.

In 1993, Dr. Fisher moved to the University of Northern British Columbia as the founding Chair of the History Program. His first task at UNBC was to get a new History Program up and running in time for the opening of the new University in September 1994. Soon after the University opened, Dr. Fisher became acting Dean of Arts and Science and later the actual Dean of that Faculty. In 1997, Dr. Fisher became the Dean of the newly formed College of Arts, Social and Health Sciences. In that capacity, he was responsible for the administration of 14 academic programs in the Humanities, Social Sciences and Health Sciences. Although his career was largely in administration at UNBC, Dr. Fisher continued to give papers at scholarly conferences as well as teach at both the undergraduate and graduate level.

In 2002, Fisher joined the University of Regina as Dean of Arts. He joined Mount Royal University as Provost and Vice-President, Academic in 2005 until 2010.