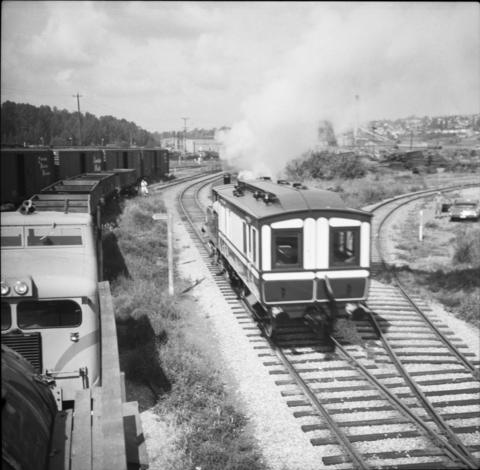 Photograph depicts a British locomotive, the "Dunrobin," and a saloon coach. The locomotive was about to start a roundtrip to Steveston via Marpole on the BCER track in order to test steaming, bearings, running time, and water consumption. It was its second steaming as it had underwent an overhaul in 1966 not since done until 1940's in the U.K.