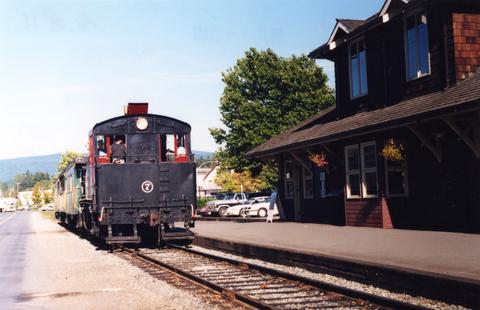 Photograph depicts the former Esquimalt & Nanaimo Railway station in Port Alberni. A returning tourist train is also visible. The station opened on December 20, 1911 and was closed to passengers in 1957. It was used for truck and rail freight until 1988, and then officially closed. The city of Port Alberni purchased it in 1990 and restored it to its original condition.