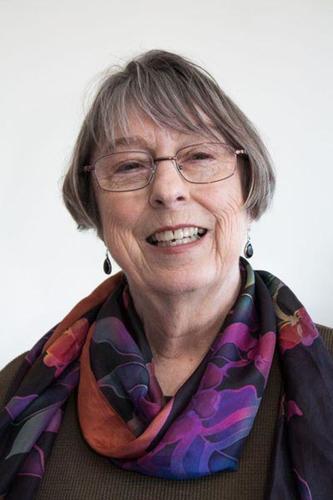 Ann Lorraine Walsh was born to Alan Barrett and Margaret Elaine (née Clemons) on September 20, 1942 and attended school in South Africa, England, Holland and Saskatchewan before her family finally settled down in Vancouver, British Columbia in 1953. She received her Bachelor of Education from the University of British Columbia in 1968 and soon thereafter moved to Williams Lake with her husband, John Walsh, where she worked in a variety of teaching positions including: classroom teacher, teacher-librarian, and college instructor at the former University College of the Cariboo (now Thompson Rivers University).

Ann Walsh had always wanted to write. She wrote her first book, Your Time, My Time, in 1982 after taking a short ten-day short writing course in Wells, B.C. with writer/poet Robin Skelton. Since then she has authored numerous books for children and young adults. Several of her historical fiction novels for younger readers are set during the gold rush in BC during the 1800s. She has also published a book of poetry, was the instigator and editor of three anthologies of short stories for young adult readers, and has done many readings and workshops for all ages. Walsh’s work for adults has been heard on CBC and has appeared in newspapers and magazines, both literary and glossy, around the world. She is a winner of the Canadian Children’s Book Centre Our Choice Award, the Forest of Reading Golden Oak Award, and was a Canadian Library Association Notable selection. She was also shortlisted for the Forest of Reading Silver Birch Award and the B.C. Book Prize.

Along with writing and teaching, Ms. Walsh was also a creative writing instructor at Island Mountain Arts in the summer of 1998; community correspondent for CBC Radio’s “Almanac” from 1992-1995 and served as convocation speaker for the University College of the Cariboo in 1994.

Ms. Walsh and her husband currently live in Victoria, BC.

Arranged by the archivist.

Permission to provide full research access to restricted holdings requires approval by donor. Reproductions of some material in the Ann Walsh fonds is limited by copyright restrictions. Contact archives@unbc.ca if more information is required.