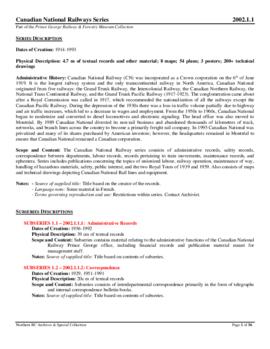 Series consists of photocopies of the memoranda of agreement, memos and notes made by Mr. Williston, two reports (one of which is a published copy of the Treaty, maps) brochures, a speech, miscellaneous printed materials and newspaper clippings. 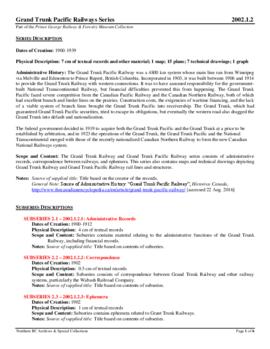 Series consists of cartographic materials including maps and blueprints of the Aleza Lake Research Forest. The maps reflect permanent sample plots and other study areas. The blueprints outline details for the development of a Ranger Station.

Series consists of maps, and road maps, and trail guides from various communities and regions in Northern and Central BC. Series includes Forest Cover Maps and maps related to BC forest and natural resource management. 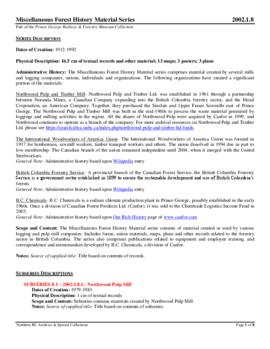 The Miscellaneous Forest History Material series consists of material created or used by various logging and pulp mill companies. Includes forms, union materials, maps, plans and other records related to the forestry sector in British Columbia. The series also comprises publications related to equipment and employee training, and correspondence and memorandum developed by B.C. Chemicals, a division of Canfor. 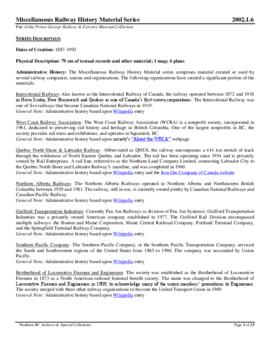 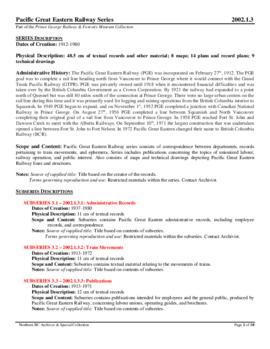