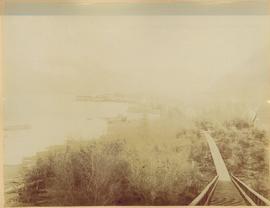 Boardwalk at Port Essington, BC

Town on right, water on left, mountains in background. Boardwalk and forest trees in foreground. 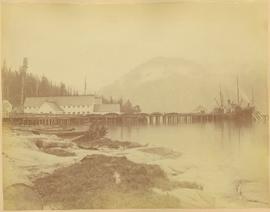 Photograph depicts boat on right, cannery on left, dock crossing midground in front of both. Shore in foreground, hills in background. 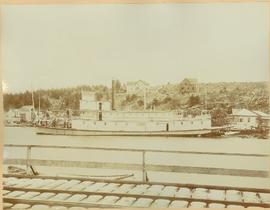 Buildings visible on hillside in background, pier in foreground. Photo believed to have been taken at Port Simpson, B.C. 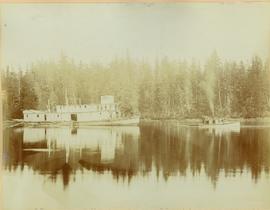 'Caledonia' Sternwheeler Being Towed Up River 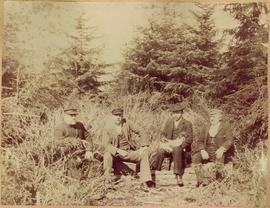 Photograph depicts group of men and a lap dog sitting on a log in the bush. Men wear suits and hats. 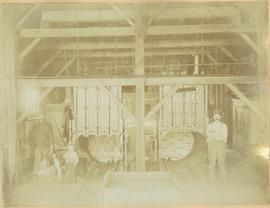 Men and Boy standing next to dear kill at cannery retorts

Photograph depicts a man wearing an ammunition belt and holding a rifle, standing with a young boy also holding a rifle, on left of image. Two dogs stand between them over a fallen deer. Another unarmed man stands to the right of a second cannery retort. 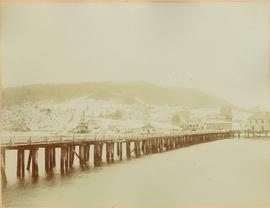 Pier & Wharf at Port Simpson, BC

Perspective of pier and wharf as seen from the water. Port Simpson and hill in background. Sternwheeler can be seen on shore. 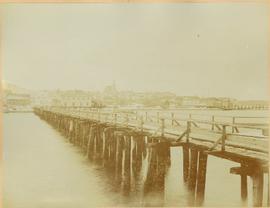 Pier at Port Simpson, BC

Perspective of Port Simpson and pier as seen from the water. 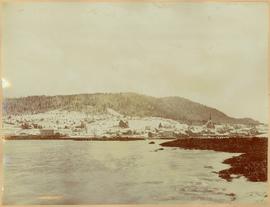 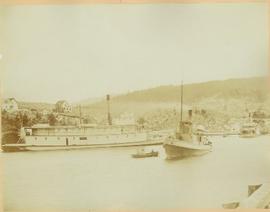 River Boats at Port Simpson, BC

Photograph depicts sternwheeler, smaller boat, and canoe in foreground. Second sternwheeler named the 'Caledonia' can be seen anchored to shore in background. Town buildings stand on hill in background. Photo believed to have been taken in Port Simpson, B.C. 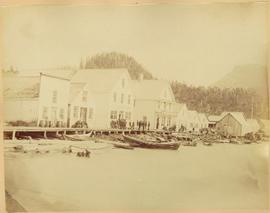 Shops along Shore at Port Essington, BC

Shops stand along riverside boardwalk. Storefront sign for R. Cunningham & Sons visible. Many people stand and sit on boardwalk, and canoes and small boats float in water in foreground. 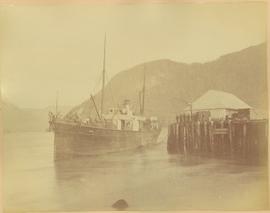 The 'Danube' Moored at Dock

Group of men stand on pier by warehouse, looking out at the boat. Treed mountains visible in background. 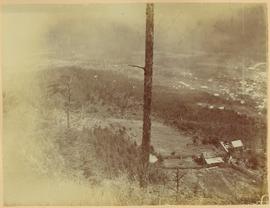 Landscape featuring town buildings below on right. A farmyard can be seen in foreground. 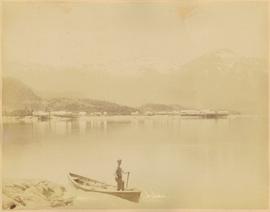 Unknown Town on the Skeena River

Buildings and harbour visible across water. Unknown man stands in a small boat in foreground, mountains visible in background. 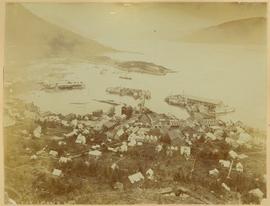 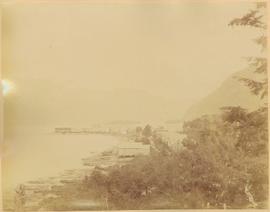 View of Port Essington, BC

Town on right, water on left, mountains in background. Forest trees in foreground. 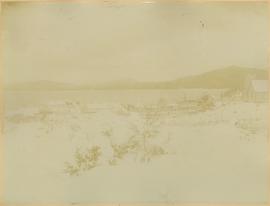 View of Port Simpson, BC & Opposite Shore