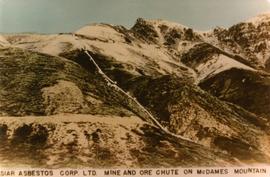 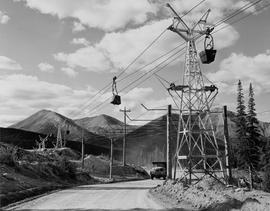 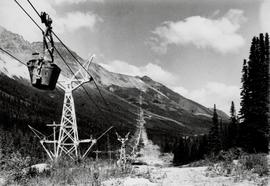 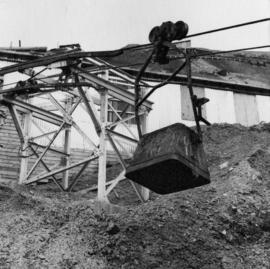 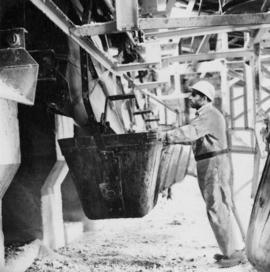 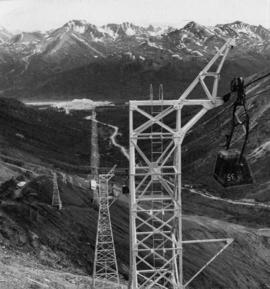 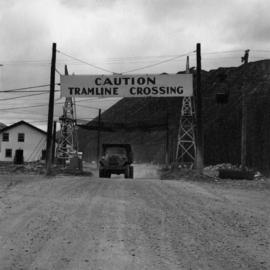 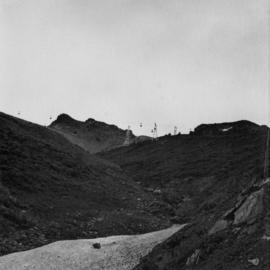 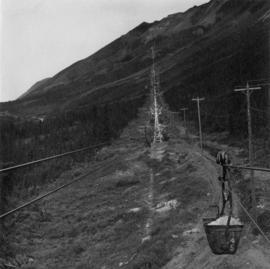 File contains photographs featuring the tramline at Cassiar which ran from the crushing plant at the mountain mine to the plantsite in the valley (a drop of 427 meters). The first ore was originally transported by truck to the plant until the gravity chute was built in 1953. This chute was replaced with the first aerial tramline model in 1956, which was succeeded by the second model in 1975. This file also includes one photo of the original gravity chute, and one photo depicting a tramline worker.

When photographic materials were originally removed from within textual material they were given a temporary accession no. with its tertiary number reflecting the box number from which the photograph was removed.