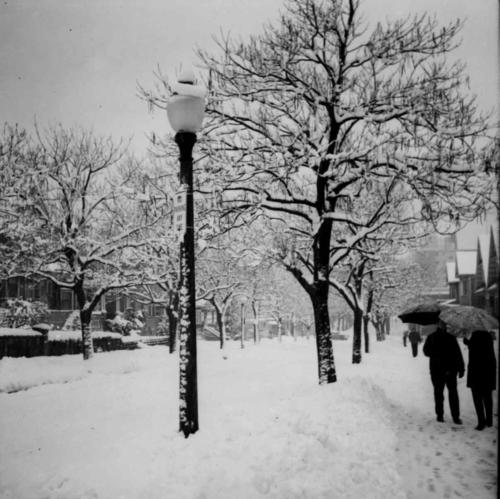 Nelson St. in south Vancouver after a snowfall

Photograph depicts Nelson St., facing west between Bidwell and Denman St. Photo, and was taken during snowfalls between 23 December 1965 and 5 January 1966. During this period 40 inches of snow fell on the west end. The lampstands are typical of this area and are about to be replaced by February 1966 by a newer type.