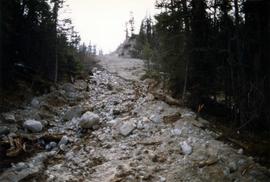 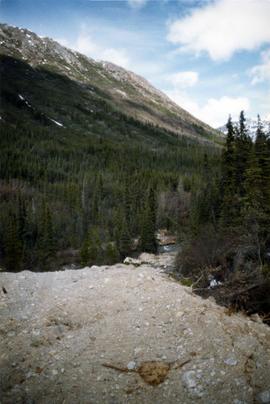 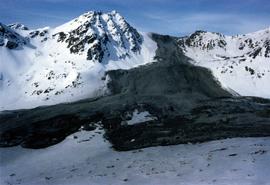 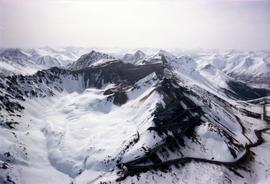 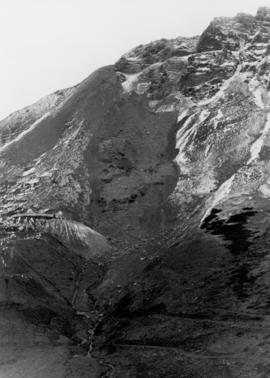 File contains images depicting various landslides near Cassiar BC. Set of 20 photographs (with 9 corresponding negative strips) date stamped June 1987 depict landslide near creek and dirt road with a Cassiar company truck. Set of 5 black and white photographs found in envelope marked "D. Stewart" are likely from 1988-1989 and depict a rockslide on the south western side of the pit mine, near the tramline. Album entitled “6200 DUMP SLIDE / SPRING, 1979” contains 34 photographs depicting aerial shots of a massive rockslide on the eastern slope of McDame Mountain, originating from the mine waste dump. Several images from album show greenish water pooling in the toe of the slide.

Photographs have been rehoused, original order maintained where evident.