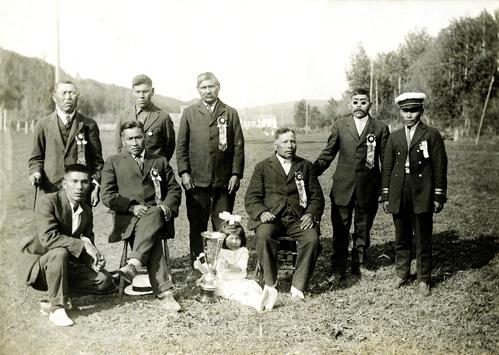 Photograph depicts 8 men posing in suits and ties, and a young girl, Ruth Adams, holding trophy seated in foreground. The group is gathered in open field, large building and hills visible in distance. Man on far right stands in uniform.

Item is part of The Archdeacon W. H. Collison fonds.