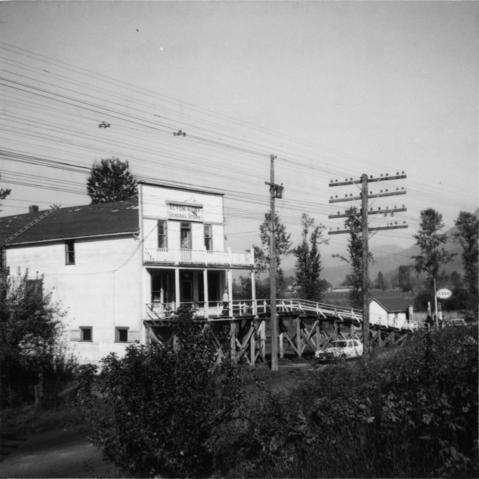 Photograph depicts a general store owned by Acton Kilby that was still operated by him at age 81. His family had moved from New Westminster in 1902 to run the store. The CPR depot originally connected direcly to the second floor of the building. Harrison Mills lay at the junction of the Harrison and Fraser Rivers and was an important site during steamboat days. Now it was a backwater of 3 dwellings beside the railway.