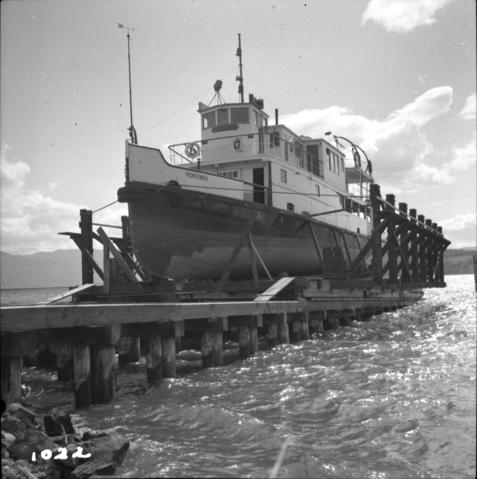 Photograph depicts the C.N. tug "Pentowna" at Okanagan Lake in Kelowna. It is undergoing its annual refit. It was built in 1927 as a lake passenger steamer and converted to a tug at a later date. Her plates are in good condition.. The funnel is to be given the CN insignia.