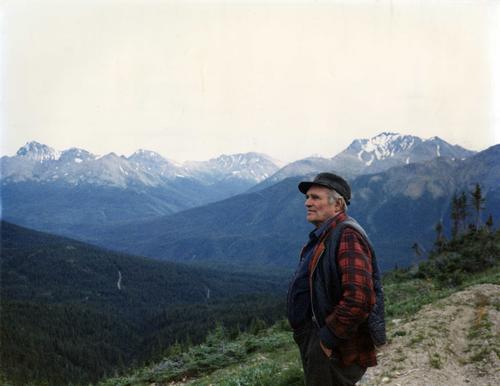 Photograph depicts William (Bill) Storie at location known as Limestone Mountain, southwest of Cassiar, B.C. Photo features profile of Bill, hands in pocket, Cassiar valley and mountains in background. Storie was a renowned prospector in the Cassiar area, and the new school at Cassiar was named for him in 1992.

Context of photo was determined by individuals who contributed to Northern BC Archive's Facebook Photo ID project, contact archivist for more information in research file pertaining to this photograph.