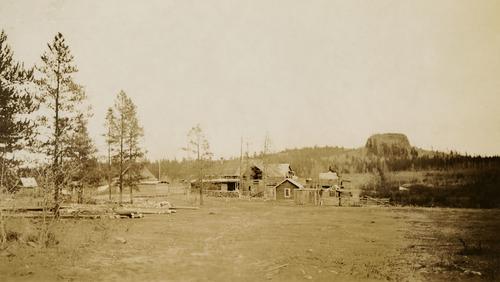 Photograph depicts a view of Lone Butte, BC. The butte formation of the same name (Lone Butte) is visible in the background; a ranch or residence is visible in the foreground. Wyness notes that Lone Butte was the "last one [they] tied in". "Tying in" is a land surveying technique. Since the photograph is dated October 1936 and Wyness described the survey trip as lasting June 5 - October 8, 1936, that implies that Lone Butte was the last location they surveyed on this trip.