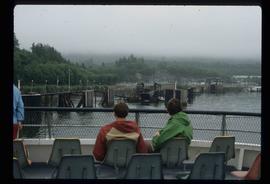 [Leaving Prince Rupert?] - On a Ferry

Image depicts several individuals seated on a ferry as it possibly departs from a dock somewhere in Prince Rupert, B.C. It is most likely headed for Haida Gwaii, B.C. 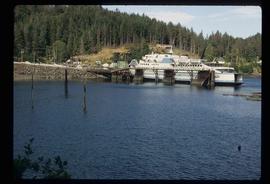 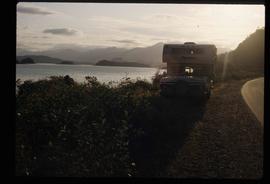 Side of the Road

Image depicts a vehicled parked on the side of the road, with a view of the coast of Haida Gwaii in the background.