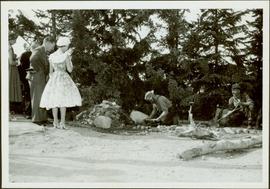 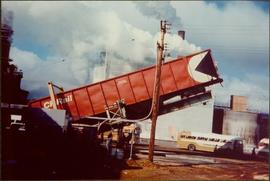 Item is a photograph of a CP Rail chip car being dumped. The development of the interior chip pulp industry necessitated new designs for chip rail cars and their dumping facilities.

Item consists of transcript of interview with Ambrose Trick discussing the sawmilling and logging industry in Northern BC, c.1930s-1950s including the 1953 strike; the creation of the Northern Interior Lumbermen's Association. Trick also disc... 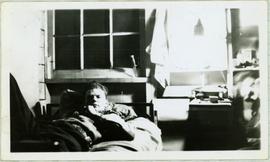 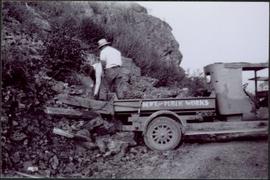 Men from Department of Public Works

Photograph depicts two men lifting rocks onto or off of a truck with "DEPT. OF PUBLIC WORKS" painted on its side. Rocky hill in background, road in right foreground. It is speculated that one of these men may be Hugh Taylor, or his son i... 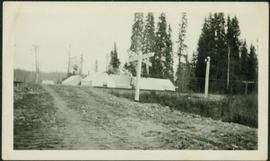 Photograph depicts railway crossing in front of tent buildings. Dirt road in foreground, forest trees in background. Photograph speculated to have been taken in a construction camp at Prince George. 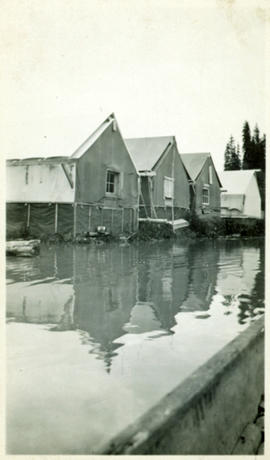 Photograph depicts lane in front of tent buildings flooded with water, forest trees in background. Photograph taken from canoe, portion of canoe visible in foreground. It is believed that this photograph may depict the Island Cache in flood, at Pr... 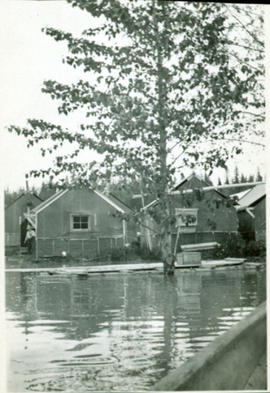 Photograph depicts lane in front of tent buildings flooded with water. Tree in midground, forest trees in background. A man can be seen between first and second row of tent buildings. Photograph taken from canoe, portion of canoe visible in right ... 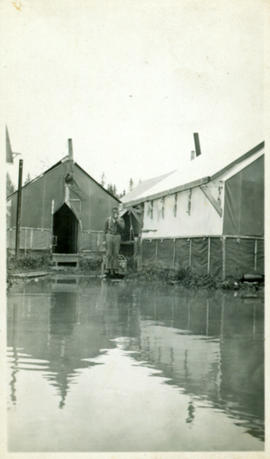 Photograph depicts lane in front of tent buildings flooded with water, and a man standing near doorway to first building. It is believed that this photograph may depict the Island Cache in flood, at Prince George, BC. 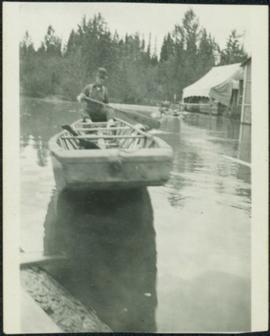 Cane floats in flooded area of camp, tent buildings and forest trees in background. It is believed that this photograph may depict the Island Cache in flood, at Prince George, BC. 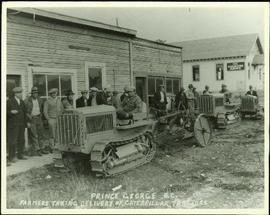 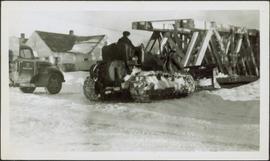 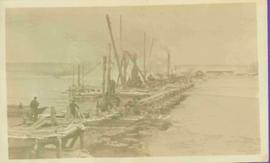 Construction of Pier at South Fort George, BC 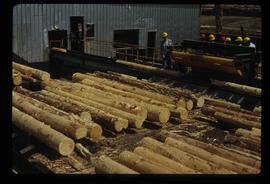 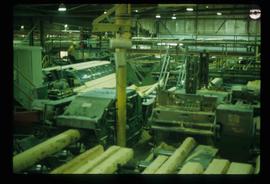 Image depicts logs being cut into planks in the interior of a saw mill somewhere in Prince George, B.C. 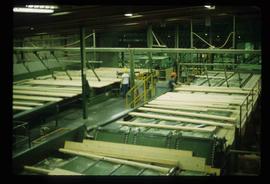 Image depicts wood planks in the interior of a saw mill somewhere in Prince George, B.C.