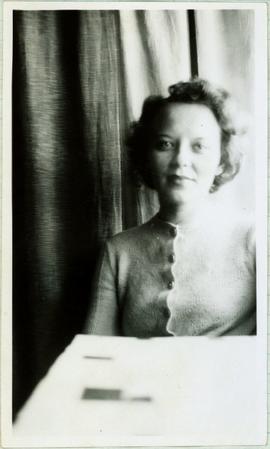 Sophie in the Adams' House 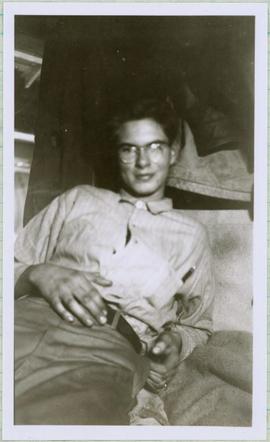 Photograph depicts unidentified man with glasses reclining on blanket, coats hanging behind him. Some type of shelving or roofing can be seen in background. Man is wearing pants, belt, and striped shirt with a pencil in the pocket. It is speculate... 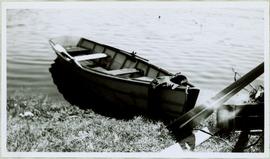 Handwritten caption beside this photo reads: "I built this boat." Photograph depicts canoe and paddles afloat in water, grassy shore in foreground. A pair of pants can be seen in boat, as well as wood planks, box, and rope on shore. 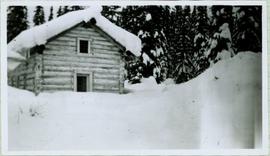