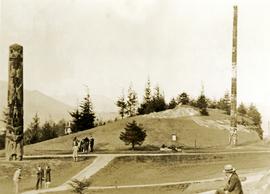 Totem Park at Prince Rupert, BC 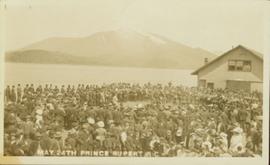 Crowd and band gathered by the water, Prince Rupert BC

Photograph of large crowd spanning the frame of the photograph. A large marching band is visible along the edges of a small clearing in the centre. Annotation on recto reads: "May 24th Prince Rupert BC." 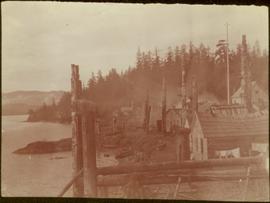