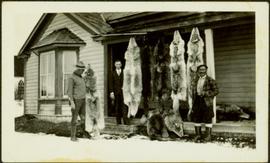 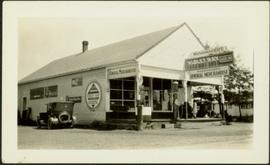 General Store in Atlin, BC 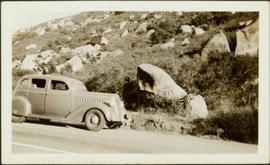 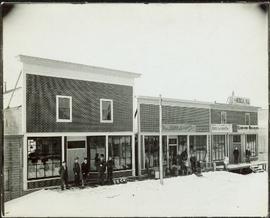 Business on Street in Atlin, BC 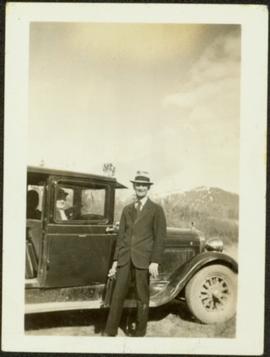 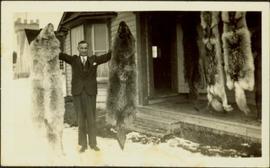 Photograph depicts H.F. Glassey wearing a suit and tie, holding up a wolf pelt in both hands. House stands behind Glassey, pelts hanging from eaves in front of porch. These pelts came from the Teslin Lake area (this region spans Northern British Columbia and the Yukon Territory). Anglican Church partially visible in left background. Typed annotation on recto of photograph: "Come up and do some hunting." Typed caption below this photograph: "Atlin." See also items 2009.5.2.68 & 2009.5.2.69.