Original speeches by Perry re Education issues in BC. Speeches are typed with hand-written commentary by Perry.Includes Radio Address of Vancouver Parent-Teacher Federation on Education Sept 25, 1942; Congregational Address at UBC, May 14, 1943;Se...

Contains loose newsclippings in regards to the BC Parliamentary Session, 1944. 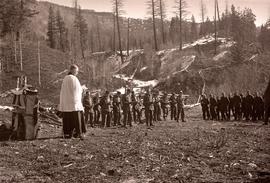 Photograph depicts a military chaplain reading by a makeshift altar to a large group of soldiers, likely somewhere between Bella Coola and Anahim Lake during the WWII Polar Bear training exercise. 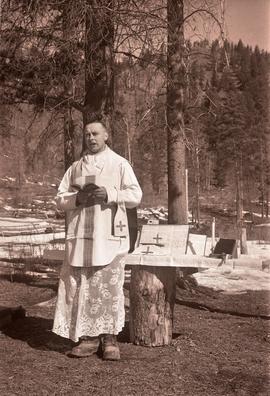 File consists of slides excerpted from an envelope entitled "Brandon fire". The slides appear to depict research on SBS soil.

Part of Northern BC Collection

Item consists of a letter written by John McCormick to a person named James; it is not made clear if James is a friend or relative. In both his letter to James, John McCormick makes several references to Victoria. His familiarity with Victoria sug...

Interview with Mr. and Mrs. Cox - Side A

Interview with Jim Burbee - Side B

Part of Northern BC Ephemera Collection

Part of Northern BC Ephemera Collection

Item is two photocopied chapters from Gwen Abram's biographical manuscript entitled "Bone to Soup: A Memoir by Gwen Abram". The chapters are titled "Wood and Snow: Adventures in Prince George; Walls Come Tumbling Down" and...

Consists of 9 legal-size copies of documents related to the surveying and preemption of land at Port Essington by Robert Cunningham.

File consists of documents and ephemera from UNBC's first convocation ceremony in 1992. Includes:July 1992 issue of "British Columbia Woman to Woman Magazine", featuring Iona CampagnoloAn invitation from the City of Prince George Of...

Item is a draft of the UNBC Continuing Studies Business Development Plan prepared by David Arnold for Dennis Macknak.

File consists of an April 1999 UNBC International Student Handbook, along with documents regarding international student recruitment.

Files consists of two boxes of applications for individuals to become a Charter member of the UNBC inaugural convocation. Records arranged in alphabetical order 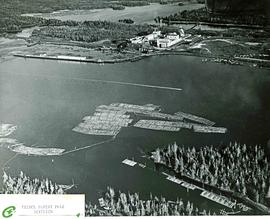 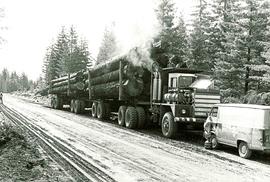 Item is a picture of a filly loaded logging truck with two trailers stopped on a dirt road. A van from "Commins Diesel Vancouver Island Ltd. Nanaimo" is parked in front of the truck. 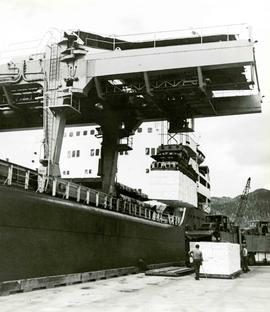 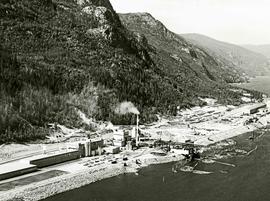 Item is an aerial photograph of mill by a waterway. 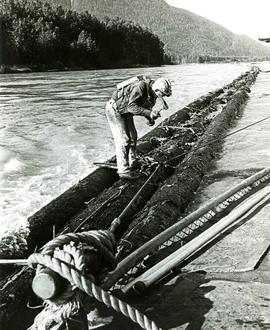 Attached description: A mile-long shear boom on the Nass River is used to guide single logs into holding ponds where they await bundling, booming and towing to mills. Boom is cleared of debris daily by river crew. 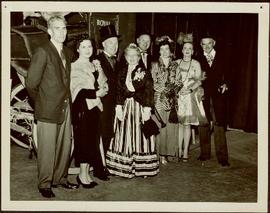 Item is a photograph of Ray and Gladys Williston in fancy dress with a number of other people. Mr. & Mrs. Williston are the second couple from the left. 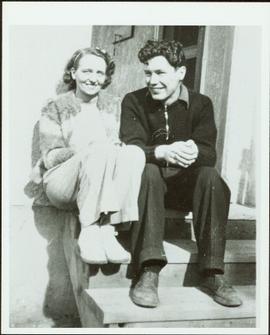 Item is a photograph of Ray and Gladys Williston sitting on the steps of their home in Princeton on March 30, 1940.

Scrapbook – Speaker of the House

Proceedings of the Forty-Second Convention.

A Summary of contained in the Interim Report (1943) and Supplementary Report (1944), Post-war Rehabilitation Council

Decisions of the Speakers of the Legislative Assembly of British Columbia 1931-1943, Vol. III 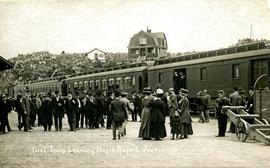 Photograph of a large crowd gathered in front of a Grand Trunk Pacific train. Residential buildings atop a hill are visible in the background. Annotation on recto reads: "First Train Leaving Prince Rupert June 14 1911"