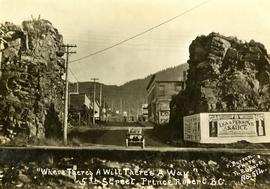 Handwritten annotation on recto of postcard reads: “Were there’s a will there’s a way, 5th Street, Prince Rupert, B.C., F. Button photo Pr. Rupert. No. 514.” Handwritten annotation in pen on verso of postcard reads: “Miss Belding, 33 Marlbro Avenue, Hull Yorkshire, England. S.S. Prince George. Dec. 1918. Dear Bertha, This is a street in the centre of the town Prince Rupert. There is a capacity list of passengers on board. The boat is registered to hold 384. We left at midnight and exped to arrive in Vancouver tomorrow at 3:30 pm. Love from Edie.” 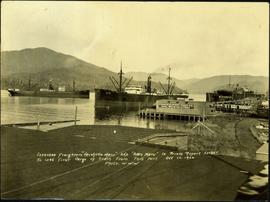 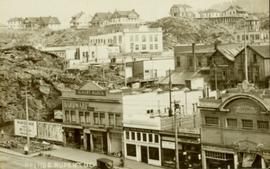 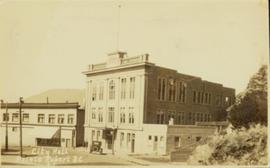