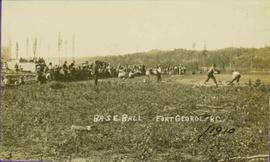 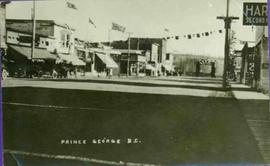 Street in Prince George, BC

Street scene in Prince George B.C. Several Union Jack flags are visible and there is a celebration banner at the end of the street. Long shadows in photo indicate summer (perhaps Dominion Day?). River in foreground, railroad and city in mid ground...