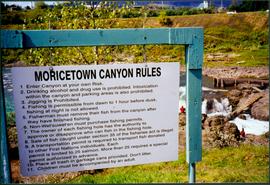 Photograph depicts sign in foreground outlining rules and restrictions for behaviour at Moricetown Canyon. Traditional fishing territory visible behind sign at waterfall in the Bulkley River, B.C. Highway and buildings can be seen in background. 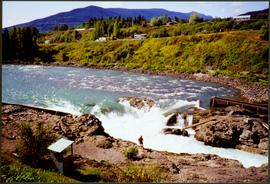 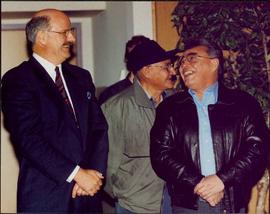 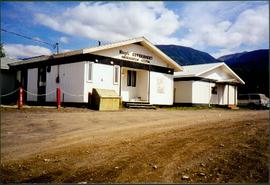 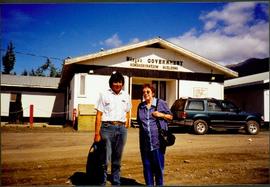 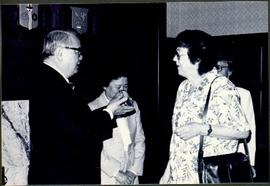 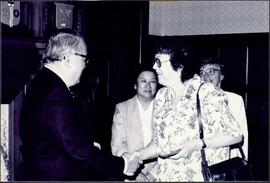 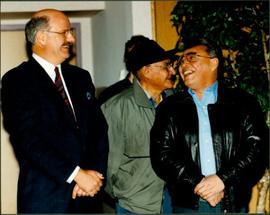 Photograph depicts Justa Monk standing to right of Premier Harcourt in unknown room. John Alexis can be seen between them in background.