Photograph depicts a group of fourteen Cariboo County Court judges. Judge Ferry is in the second row, fourth from the right. 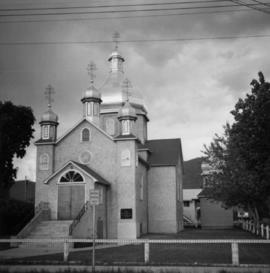 Photograph depicts a Ukrainian Greek Orthodox Church on 27th St. and 41st Ave. in Vernon, B.C. in the Okanagan. 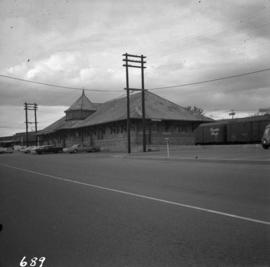 Photograph depicts the Canadian National Railway (CN) depot in Vernon, which is no longer used for passenger traffic. 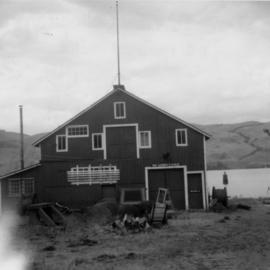 Photograph depicts a CPR wharf building at Okanagan Landing, Okanagan Lake. It was presumably used as a covered slipway and as a store. It was was now boarded up and the rail track between Vernon and Okanagan Landing was removed in 1940. 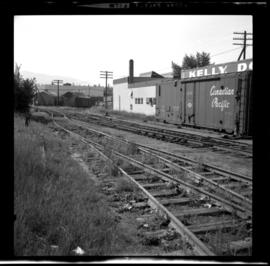 Photograph depicts part of the Vernon yards just south of the principal round crossing. A box car without wheels on a sunken warehouse spur is visible. 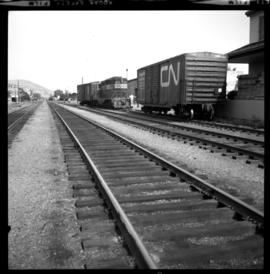 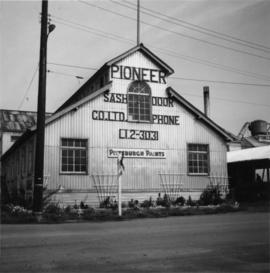 Photograph depicts Pioneer Sash and Door Company Ltd. Davies suggests that it may have been the same as S.C. Smith Ltd., which commenced operating in Vernon in 1883. In the early days, products were verandah posters, balusters, and fancy trim. Most products were sent to the U.S. Most of the fancy trim in early north Okanagan homes came from this plant. In 1972, its main output was cedar panelling for Florida. 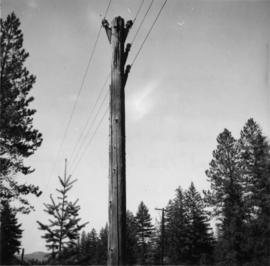 Photograph depicts a telephone pole near Reiswig, on the main road between Vernon and Arrow Lakes. 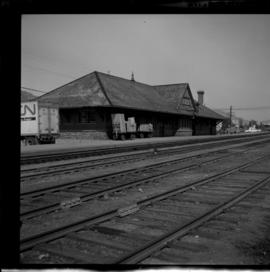 Photograph depicts the joint CPR and CN depot at Vernon. The depot office had three employees working inside. Vernon is at mile 46.2 from Sicamous, on the Okanagan Subdivision of the CPR. It has daily way freight. 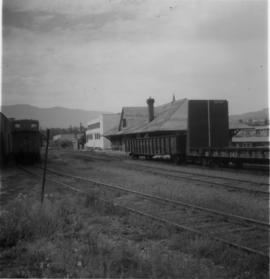 Photograph depicts the joint CPR and CN depot at Vernon. It shows a general view of the trackage, opposite the former depot, which is now attractively used for other purposes. The caboose on the left is CP # 437369, built in July 1949, and fairly recently painted. 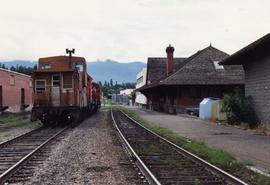 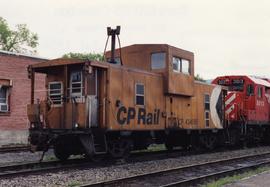 Photograph depicts way freight in use after the removal of cabooses on the main lines in January and February, 1990. 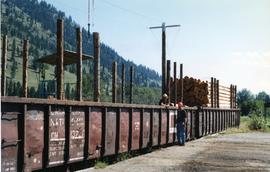 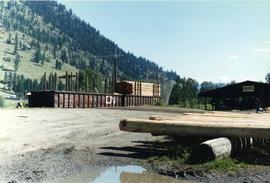 Photograph depicts a pole yard of Gorman Bros Ltd. Loading methods and quality were checked by CN inspectors in Kamloops, then on the main trans-continental line. These particular lines were destined for Ontario. 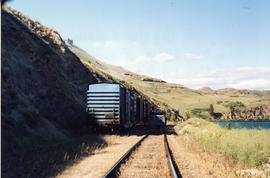 Photograph taken at the Kalamalka flag stop and siding that took up to 40 cars. A section house used to exist there, Davies notes. Virtually there was no public access in former days, so the siding was most likely used as a storage place for Kelowna fruit. A private speeder is found in the shadows on the main line. 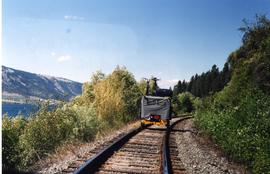 On shores of Wood Lake

Photograph taken on the shores of Wood Lake, a very picturesque stretch. 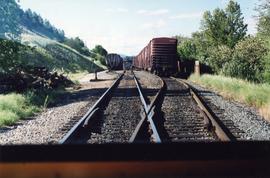 Photograph taken from a speeder at the Lumby Junction. The two visible sidings held trains awaiting departure to Kelowna or Kamloops. 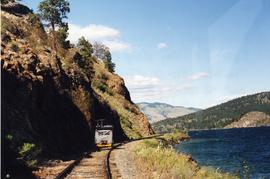 Photograph taken on mile 90, with Kalamalka Lake at the right.There were very sharp curves in this area. 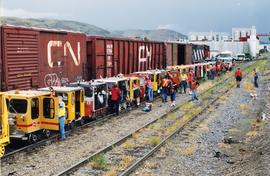 Photograph depicts a speeder meet of "Motor Car Operators West" enthusiasts. Comprised of 25 cars. All taking part in a weekend tour of the Okanagan. On this day, they were going from Vernon to Lumby and Kelowna. Cars were getting ready to depart at the yard of the Kelowna Pacific Railway in Vernon. The cars were headed south to be preceeded by hi-rail of the KPR. 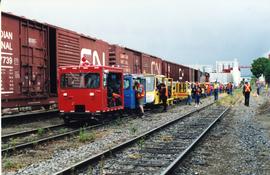 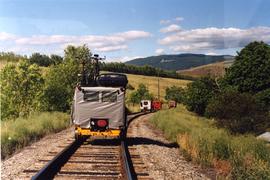 Photograph taken on the Kelowna "main" line, which was perhaps half of a mile south of the Lumby Junction on the very outskirts of Vernon. 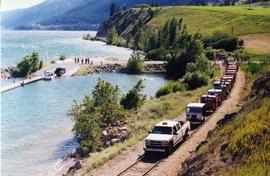 Photograph taken at the Kekuli Bay Provincial Park and boat launch. On the speeder meet, there was always a semi-official photograph of the whole group and this was the selected spot. Here, no power boats could take the see-saw. 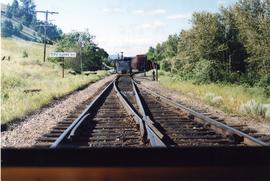 Photograph taken at the Lumby Branch that commenced with a timber trestle on Vernon Suburbs Road. 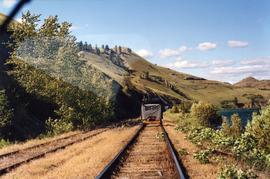 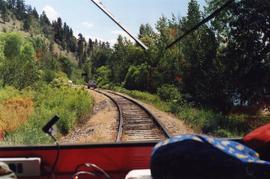 Photograph taken north of Oyama. A private speeder is found in the middle distance.

Fonds consists of 1 copy of a typed transcript featuring Winnifred Emily Warner Russell (nee Large) being interviewed by her daughter Bev Christensen. Content of transcript includes the topics of nursing training in Vernon (1923-26) and nursing in Grace Hospital in Vancouver, and General Hospitals in Prince George, Prince Rupert, and Smithers up until 1957. No audio recording gifted.