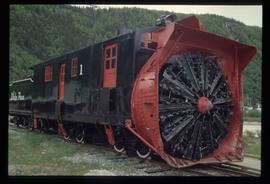 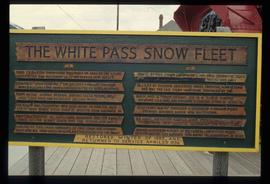 Image depicts a sign, labelled "The White Pass Snow Fleet," which details the history of the fleet; it is located in Skagway, Alaska. 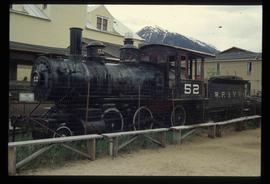 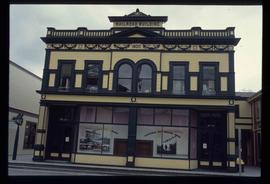