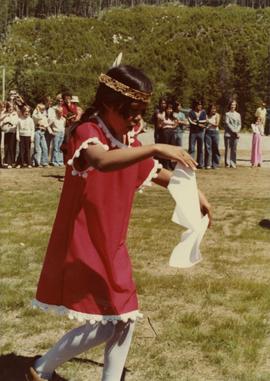 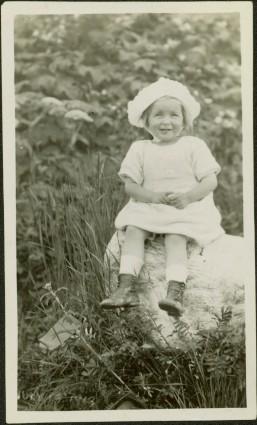 Photograph depicts a small child wearing a hat and dress, seated on a rock in tall grass. Bushes in background. 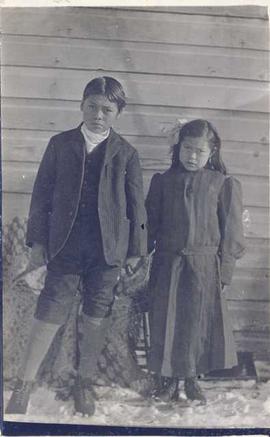 Ducks in the water 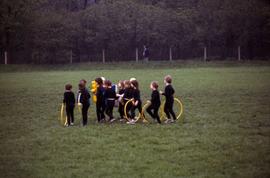 Young children with hula hoops on a field in East Germany 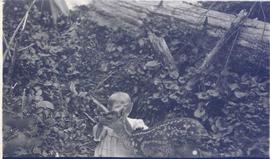 Habit of <i>Prunus</i> sapling in flower 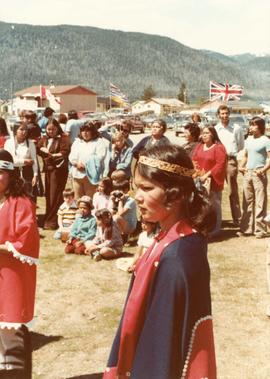 Photograph depicts a young ceremonial dancer in front of crowd wearing a button blanket at the opening of the Haisla Recreation Centre in Kitamaat Village. 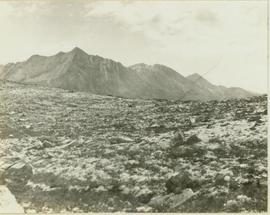 Young caribou, visible in the distance, is standing on a rocky mountain slope 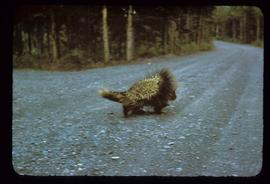 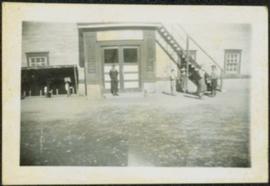 Photograph depicts group of boys standing in front of door and steps of building, two pedal bikes parked on left. 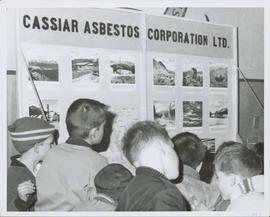 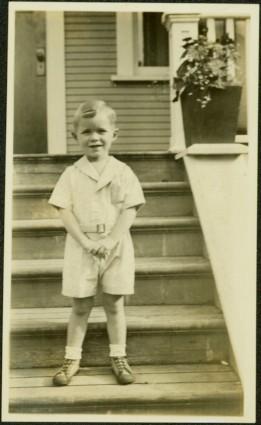 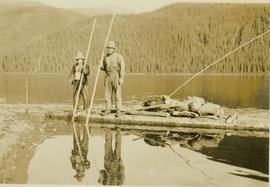 Young boy and a man standing on a raft

Photograph depicts a young boy and a man, both with poles in hand, standing on a supply laden raft while it is still pulled up on a lakeshore. 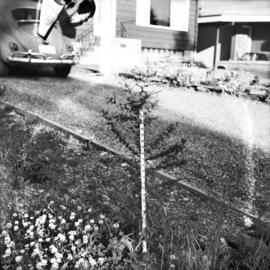 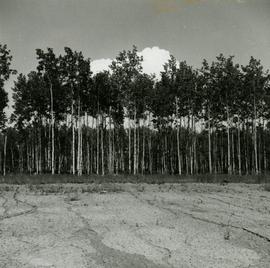 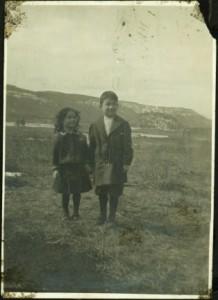 Virginia and older brother Arthur (Art) hold hands in grassy field. Hills believed to be near Hazelton, B.C. are visible in background. 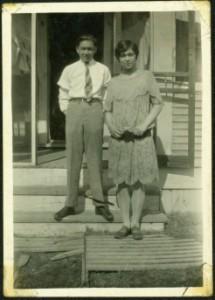 Virginia stands beside a young man speculated to be her older brother Art. Porch of house in South Fort George in background. 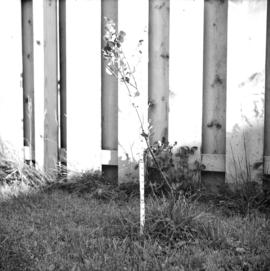 Photograph depicts Alan and Fred Baxter sitting on the side step of a car when they were very young (oldest sons of Violet at Bob). Wheels of car are visible. 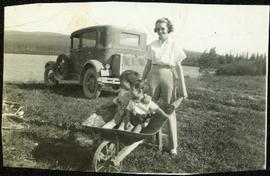 Fred and Alan are being pushed in wheelbarrow by a woman wearing a blouse, dress pants, and sunglasses. Typed annotation on recto of photograph: "This is 'Mac' - she is a young woman." This woman is speculated to be Tom Taylor's wife Marion. They stand in a field with a car behind them. A forest and body of water can be see in background, as well as the opposite shore. 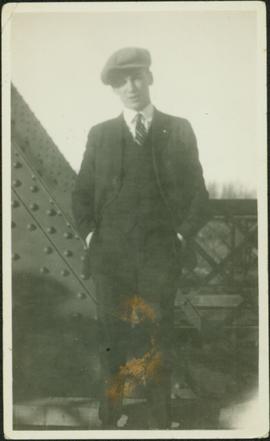 You take this route

You find a level place for camp

Camp site from a distance, Alpine Club of Canada trek? 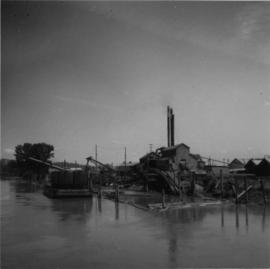 Photograph depicts a view of a body of water with various buildings in the background. A structure in the foreground is labelled "Yorke N. 12, Vancouver B.C.," suggesting it was built by Yorke Ltd. 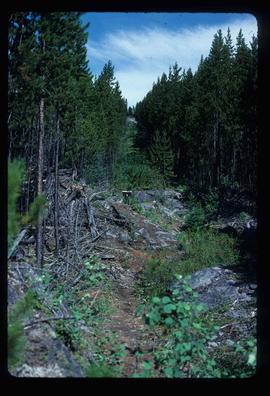 Image depicts the boundary line between British Columbia and Alberta at the Yellowhead Pass. 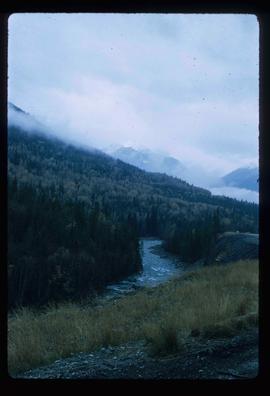 Image depicts a view of what is possibly the Yellowhead Pass on the British Columbia-Alberta border, west of Jasper A.B. 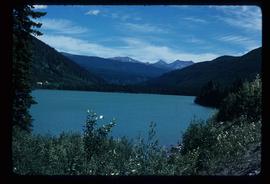 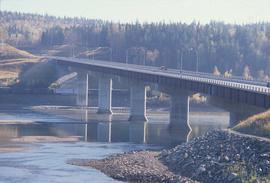 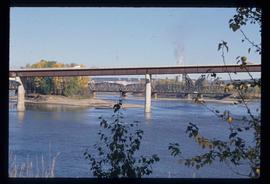 Detail of <i>Saxifraga</i> in flower

Habit of <i>Saxifraga</i> in flower

Yellow moth on a leaf 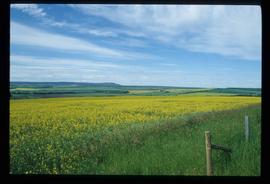 Image depicts a field of yellow plants at an uncertain location. 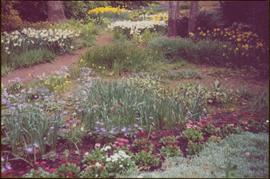 Year of the tent caterpillars

Year of the Saskatoons

Year of the high water