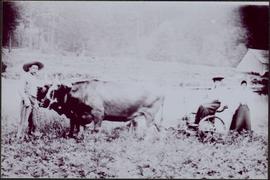 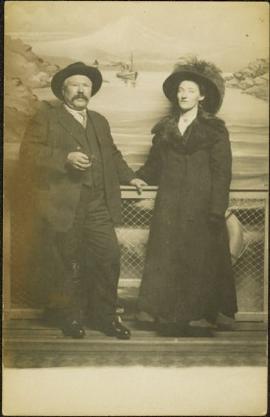 Photograph depicts a man and woman believed to be the parents of Hermina Taylor and Sarah Glassey. The couple stands against backdrop of water scene painting. 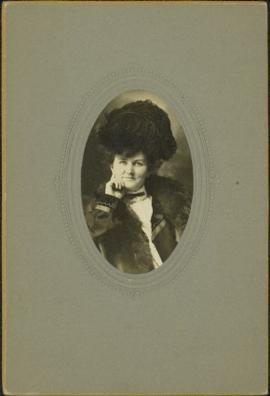 Photograph depicts close view of woman in elaborate coat and hat. It is speculated that this woman may be Agnes Wessel, the mother of Hermina Taylor and Sarah Glassey.