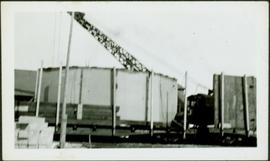 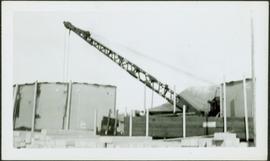 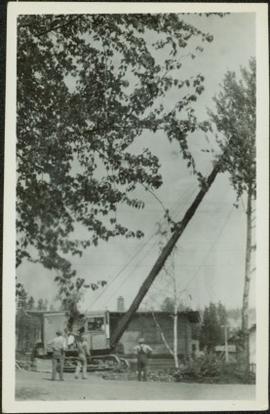 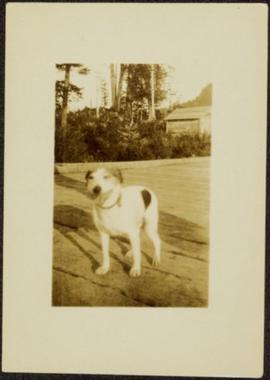 White spotted dog stands on what appears to be a wood bridge, shed and greenery in background. Photograph sent from Violet (nee Taylor) Baxter to her aunt, Sarah Glassey. Handwritten annotation on recto of photograph: "To Auntie With love Fro... 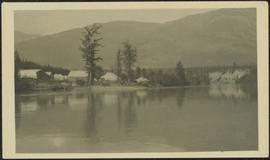 Architectural block plan depicts a proposed addition to the CNR roundhouse in Kamloops.

Plan depicts sections, elevations, and floor plans for the addition to the Kamloops roundhouse.

Plan depicts "scheme B" of the proposed 6 stall addition to the roundhouse at Kamloops, BC.

Item is a notebook entitled "70 Anecdotes for Rainbow Trout".

"A Child’s Christmas in Saskatchewan"

Film is a Canfor promotional video. As described on the video case, "'A Question of Balance' provides an overview of Canfor's operations throughout north central British Columbia and northern Alberta. Through interviews with em...

"A Short History of American Locomotive Builders in the Steam Era"

File consists of a publication by John White entitled "A Short History of American Locomotive Builders in the Steam Era". 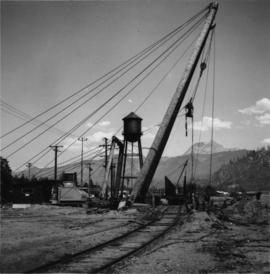 "A" frame over PGE tracks in Squamish

Photograph depicts an "A" frame over PGE tracks. Looking west. 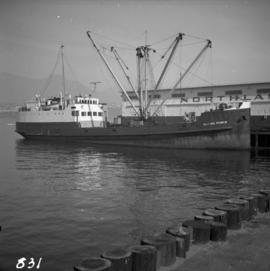 "Alternative Silvicultural Systems in the Northern Mixedwoods of Alberta"

Film is a research summary produced by the Canadian Forest Service. As described on the video case: "Initiated in 1992, this research project was intended to test a range of harvesting and silvicultural options in reducing wind damage to resi...

Audio recording is a special supplement from "American Birds" magazine, Volume 36, No. 6 with two bird songs from tropical America: the Ocellated Thrasher and the Chestnut-bellied Wren. 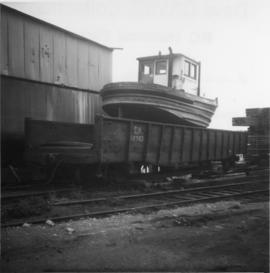 Photograph depicts a boom tug called "Atlas Captain" that was brought in for refitting, adjacent to a smalll boat repair yard. It was loaded on a CN gondola car and then removed by a derrick crane.

"Bannock and Beans: Memoirs of the Bedaux Expedition and Northern B.C. Packtrails" by Bob White

Consists of 1 book written by Bob White and published by the Piapot History Book Group in 1983. Publication is a photocopied version of manuscript written by Mr. White, complete with inserted corrections. Item is wire spiral-bound with blue card s... 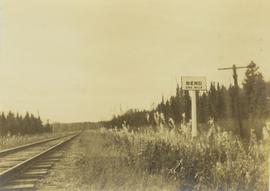 "Bend one mile" sign posted next to a railway track

"Billy" & "Tiny" on West Lake depicts two dogs walking in tracks across a snow-covered lake, with a treed hill in the background. Reads on verso as follows : "'Billy' & 'Tiny' on West Lake (2)&q...

Map depicts railways in British Columbia, with insets for the Lower Mainland and the Kootenays. 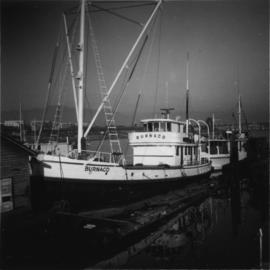 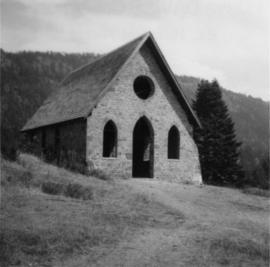 Photograph depicts "Butterchurch" that was built in 1870 under the direction of Father Rondeault of the Oblate Order for missionary work among the Comiakan Natives, a tribe of about 100. It was abandoned by about 1880 because of its loca...

"Canadian National Railway System: The Only Railway Serving All Ten Provinces of Canada"

Map depicts the CNR system in Canada and the United States and all of its connecting lines, including the Central Vermont Railway, the Grand Trunk Western Railroad, and the Duluth Winnipeg & Pacific Railway.

Map depicts passenger routes on the Canadian Pacific Railway and its connecting lines in 1925. 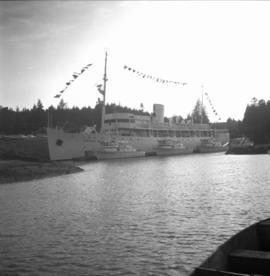 Photograph depicts the "Canadian Princess" at permenant mooring as a restaurant, in Ucluelet. 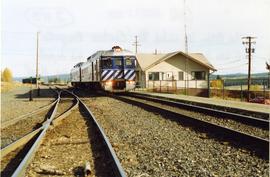 Photograph depicts a train called the "Cariboo Prospector." It was supposed to arrive to the station earlier, but a freight locomotive failed north of Williams Lake and blocked the line. 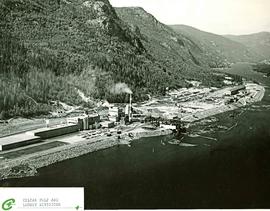 Item is an aerial photograph of mill by a waterway.

Map depicts the city of Vancouver and its railways. 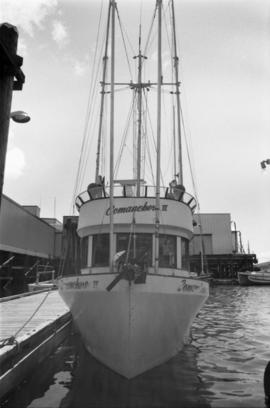 Photograph depicts the "Comanchero II" boat in the Prince Rupert Marina. Another building and boat are visible in the background. 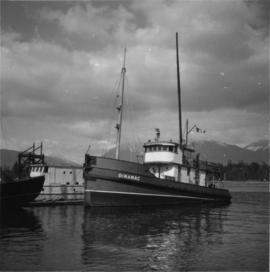 Photograph depicts a small vessel called "Dinamac." It had a red hull, suggesting that it may have been a Department of Transport tender.

"Drawings of Standard 10 Stall Engine House with Annex for Machine Shop and Boiler Room to be Erected at Kamloops, B.C."

Architectural plan depicts a proposed standard 10 stall engine house with annex for machine shop and boiler room to be erected at Kamloops, BC. 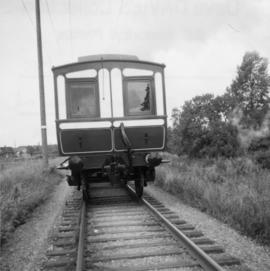 Photograph depicts a British locomotive, the "Dunrobin" and a saloon coach on a test run at the BCER track between New Westminster and Marpole. The train was forced to stop because of working going on along the line 200 yards behind the ...