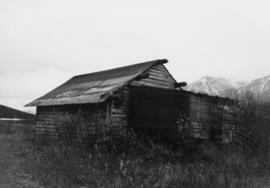 This file contains images of a land dispute around Cassiar. The photographs depict a cabin on a lot, a destroyed cabin, and outhouses. The accompanied documents in the original file refer to the subjects of "Claims, Leases, and Land lots," and it is implied that there were issues of squatters, illegal occupation, and mineral claims. 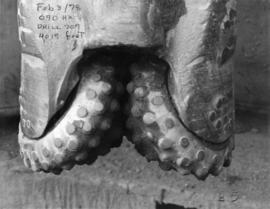 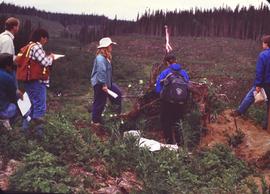 File consists of a single slide depicting people on tour at the McGregot Model Forest.

File consists of research material regarding Pacific Great Eastern Railway and BC Rail Dease Lake extension. Predominantly consists of photocopy reproductions, excerpts from books, and clippings from periodicals. Includes the following works: "PGE/BCR: Dease Lake Extension - First 25 Years, 1968 to 1993"; PGE/BCR Dease Lake Branch Progress at end of 1974; "Dease Lake or Bust: BC Rail's Takla Sub, a Socred Mega-Project, Lives On" by Johnson; and "To Alaska or Bust on a Mixed Train: Was BCR's Dease Lake line too late...or too early?" by Patterson and McMillan. Also includes a map of the Dease Lake extension annotated by Davies. 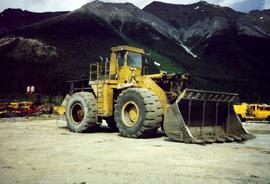 File depicts a Caterpillar front end loader. Images show dozens of angles and a number of components including the shovel, the engine, the cab, and the tires. Machine seems to be located in some kind of junkyard. Notes on original photo envelope: "Photos taken by Finning during final inspection." 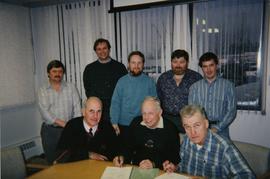