The R.J. Baker fonds is made up of two distinct series. The first consists of textual materials including reports and correspondence between R.J. Baker and the BC Ministry of Advanced Education and Job Training, as well as, copies of reports writt...

Item consists of a Certificate of Achievement from the University of British Columbia certifying that Nedra Jane Paul attended the Summer School of the Theatre 5 July to 17 August 1954 and completed the requirements in Stagecrafts.

Item consists of transcript of interview with librarian John Backhouse conducted by Bob Harkins at Prince George Radio Station, CJCI regarding an upcoming referendum in Prince George for the proposed land settlement fund use to build a new library...

Item consists of transcript of interview with Heritage Advisory Committee member Bev Christensen conducted by Bob Harkins at Prince George Radio Station, CJCI regarding the need for a city archives

Item consists of transcript of interview with Prince George Librarian John Backhouse regarding the referendum for the proposed construction of a new city library.

Item consists of transcript of interviews with guests on the Simon Break radio show including members of the musical group The Rhythm Pals and librarian Anne Allgaier.

Series contains two diplomas awarded to Dr. Ainley by the University of Northern British Columbia, news clippings, and photographs. Series also includes some of her activities during her retirement including her art exhibits, a cruise, and members... 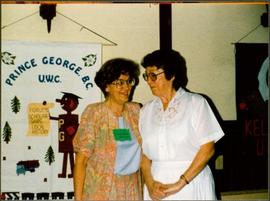 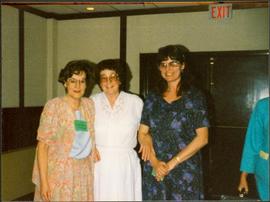 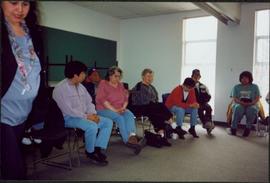 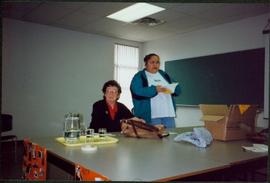 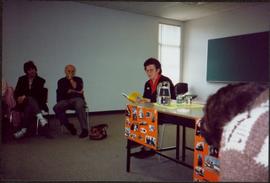 Photograph depicts Moran reading excerpt from her book while seated beside table in classroom. Unidentified man and woman can be seen sitting in chairs against wall in background. 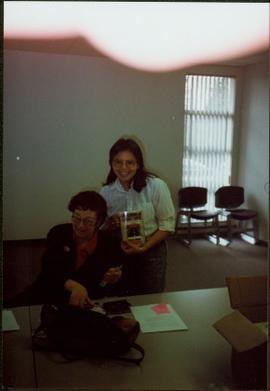 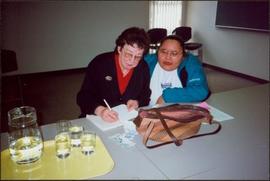 Photograph depicts Moran seated to left of unidentified woman at table with glasses and pitcher of water. Window and chalkboard in background. (Woman also featured in item 2008.3.1.102.2). 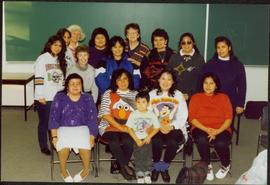 Bridget Moran with Class of Women 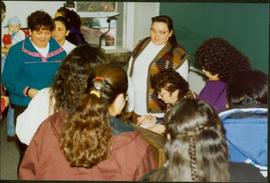 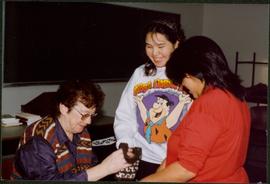 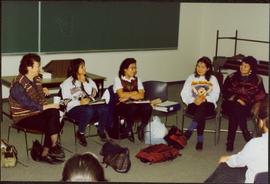 Photograph depicts Moran seated on far left, in circle of women in classroom. Desk and chalkboard in background. Photograph was taken at session of Aboriginal Women's Training Program at the Cowichan Campus, Malaspina University College, in D... 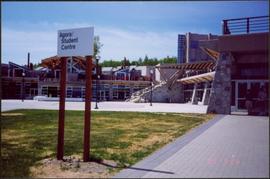 View of the Agora, UNBC

Photograph depicts the Agora center at the University of Northern British Columbia in Prince George, B.C. Sign in foreground reads "Agora/Student Centre". Unidentified individuals can be seen in red blankets on upper walkway in backgroun...

Series consists of newspaper clippings, correspondence, academic transcripts and diplomas, marriage announcements, a copy of a Last Will & Testament, a copy of a Court Order, a poster, a map, photographs, events programs, lyrics, a copy of a C...

File consists of a Teacher's Guide for Justa. 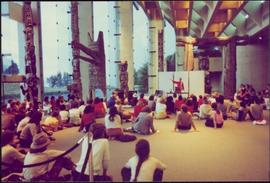 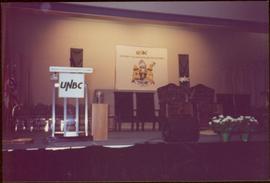 Ceremonial chairs onstage in front of UNBC banners, May 1994 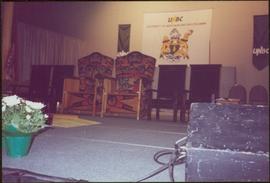 Close view of ceremonial chairs onstage in front of UNBC banners, May 1994 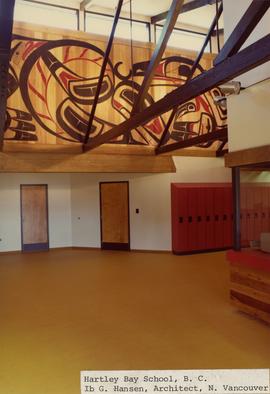 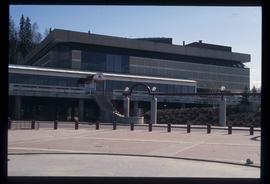 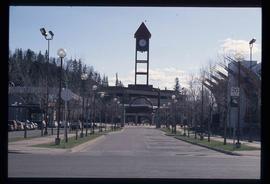 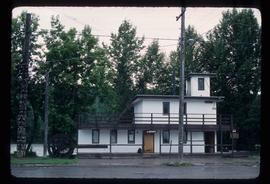 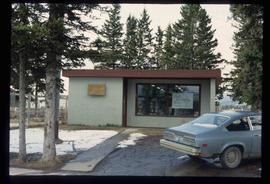 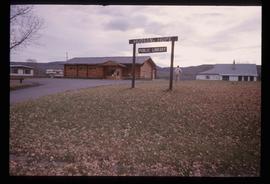 Image depicts the log building that acts as the public library in Hudson's Hope, B.C. 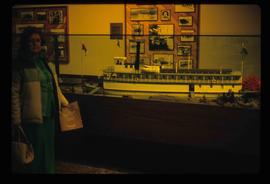 Image depicts a woman standing next to a model of a ship in glass case in what appears to be a museum. The location is uncertain. 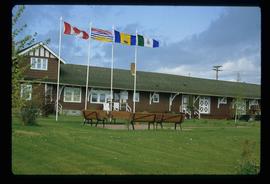 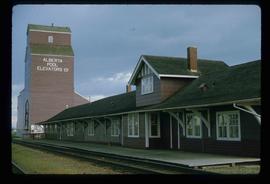 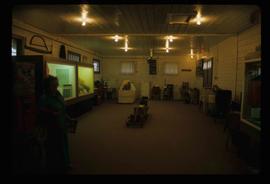 Image depicts the interior of the Station Museum in Dawson Creek, B.C. 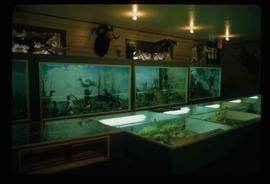 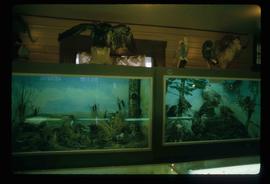 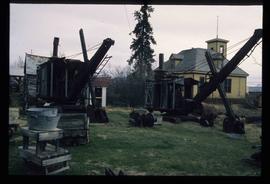 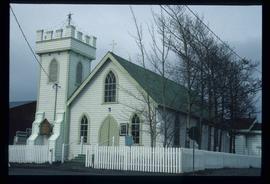 Image depicts the travel infocentre at the Atlin Museum. The slide labels it as having once been a school.

File contains slides depicting items and photographs in a museum.