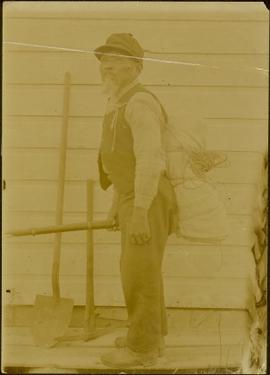 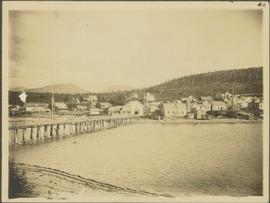 Eastern section of Port Simpson, BC

Photograph depicts town buildings on opposite shore. Beach and dock can be seen in foreground.Handwritten annotation on verso reads: "Chapter XXII, No 1. Eastern Section of Port Simpson as christianized." 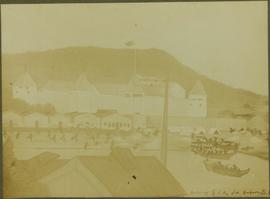 Photograph has been altered with drawings of people on shore fighting canoes approaching the town. Buildings stand behind fenced and walled areas in background.Handwritten annotation below image reads: "Drawing by F.A., old Hudson B. [...?]&q...