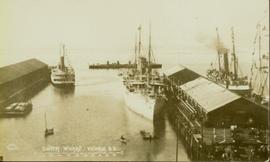 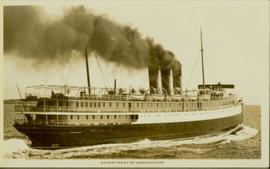 Photograph of the SS "Princess Charlotte" on the open ocean. Metallic annotation on recto reads: "C.P.R.SS Princess Charlotte entered according to act of the parliament of Canada, in the year 1908[?]. by A. Shaw, at the Department o...