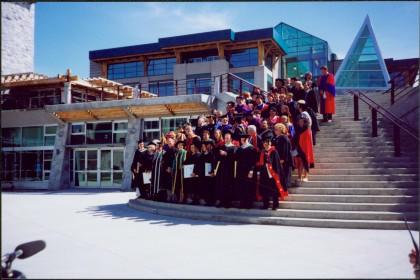 Group of 1995 UNBC Graduates, Side View