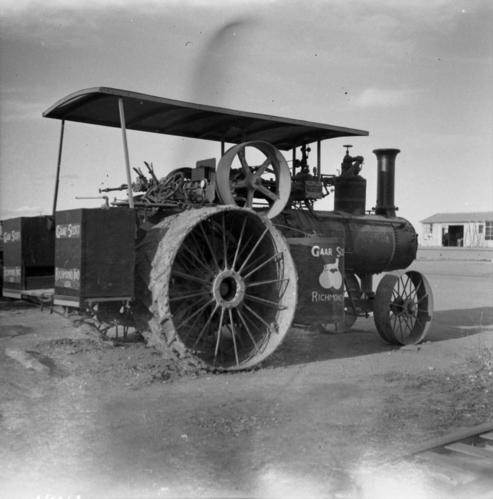 Photograph depicts a Gaar Scott traction engine in working order, steamed twice a year at least. It was built by the M. Rumely Co. in Richmond, Indiana, U.S. The engine is a #16541, has 25 horse power, and 2 cylinders. It was photographed at Texaco Station in Nanton, Alberta. It was owned by Jack burrows of Nanton.