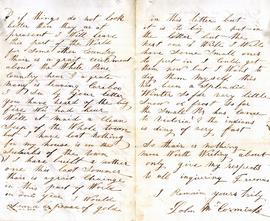 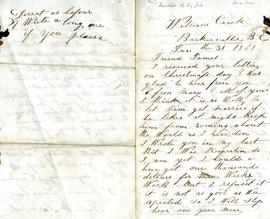 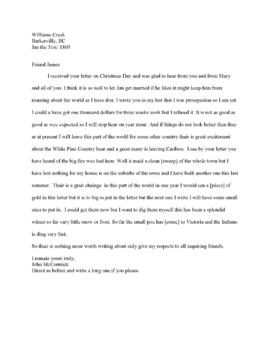 Item consists of a letter written by John McCormick to a person named James; it is not made clear if James is a friend or relative. In both his letter to James, John McCormick makes several references to Victoria. His familiarity with Victoria suggests that he may have travelled from Victoria to Barkerville to mine for gold. In his letters to James, John McCormick describes having no money and living under poor conditions. He mentions the great fire that swept through Barkerville and that he lost nothing due to its distance from his house. McCormick also mentions that the Indians are dying quickly of Small Pox in Victoria.